This site uses cookies to give you the best browsing experience possible. Closing this notice or by scrolling this page you consent to the use of cookies. More details X

Renewable energy, a safe and natural source for your company's development 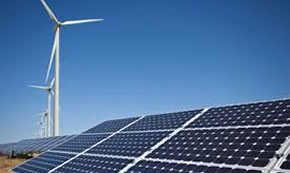 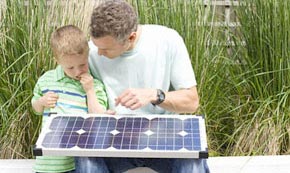 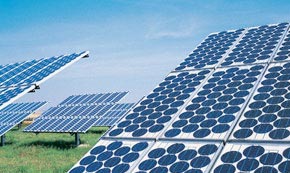 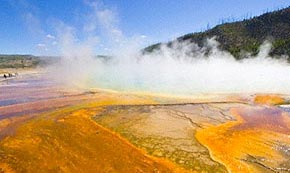 Pistorello Group operates in the world of renewable resources fully aware that these resources constitute a valid instrument for procuring energy and for protecting the environment.

In point of fact photovoltaic technology allows to directly transform the energy associated with solar radiation into electric energy. It exploits the properties of some semi-conductor materials which, when appropriately treated, are able to generate electrical energy when hit by solar radiation. The diffusion of this technology has significantly picked up the pace in Italy in the last year, thanks to a law adopted in 2007 which has revolutionized its boosting mechanism.

In the last years awareness that it is important to produce electrical energy with small-sized generators distributed throughout the territory has grown.
Within the sphere of the development of diffused generation, a key role is played by small-sized hydroelectric plants which cause a notably reduced environmental impact. To produce electrical energy, Pistorello Group offers solutions regarding micro-hydro-turbines or small reserves. The small-sized plants are not cumbersome and slightly visible, often integrated with already existent hydro systems, and consequently have great value in terms of sustainability of generating electrical energy.

Geothermal energy is an ecological technology. Heat emitted by the subsurface is relatively constant the whole year long.
By perforating a field with vertical geothermal probes , whose length varies from 80m to 200m, we can capture this energy and take it up to the surface where it will be transformed by a heat pump. The heat pump will take it to a higher temperature level and once this level is reached it will be directly sent to a distributing hydraulic circuit. Through correct planning, geothermal systems may cover any need and may be applied in any building, from a detached house to an industrial plant, and may also be employed for particular requirements such as swimming pools, greenhouses, gyms and schools. Pistorello Group offers turnkey geothermal systems and guarantees the requested thermal power. Our systems are designed to heat and cool in Active or Normal Cooling.

Maintenance are the minimum activities required for the continued operation of the plant.
is generally constituted by periodic visits to verify the correct operation of the photovoltaic system.
As a rule, maintenance routines are carried out twice a year and includes a visual check of the general conditions site, the operating status of the inverter, and the tightening of the wiring, removal of macroscopic objects that can create shading.

As a result of a fault or a service interruption due to an external agent is provided the timely intervention of the Technical Assistance at the site to check the damage, and only from that moment began the actions planned for the reduction of damage , as for example the immediate return to service of the plant in order to reduce the waiting period of the plant and the relative lack of production, of fundamental importance is the timely restoration of the security systems in order to avoid new intrusion attempts. Technical Assistance is provided with the necessary tools to recommissioning of the plant, so as to minimize the response time. It also provides all the assistance necessary for dealing with the insurance and financial institutions.